SERVICES: SATURDAY 6PM | SUNDAY 9AM & 10:45AM.  ALL SERVICES ARE IN-PERSON AND LIVESTREAMED.

We Livestream at www.FaithFellowshipWeb.com/livestream, through the FFC App, and YouTube. 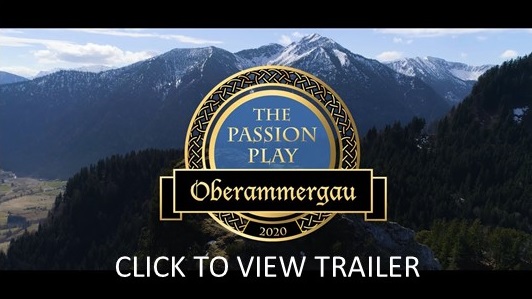 The history of the Oberammergau Passion Play begins in 1633. In the midst of the Thirty Years’ War, after months of suffering and dying from the plague, the people of Oberammergau pledged to act out the play of the suffering, death and resurrection of our Lord, Jesus Christ once every ten years.

At Whitsun in 1634, they fulfilled their promise for the first time. By the middle of the 18th century, spectators from all over Germany came to Oberammergau attracted by the great power and atmosphere of the play. 2020 will see the 42nd instalment of the play that the citizens of Oberammergau have maintained through the centuries with unique continuity.

In a five-hour-performance, more than 2000 participants bring the story of Jesus of Nazareth to the impressive open-air stage of the Passion Play Theatre. Almost half of Oberammergau’s population will devotedly act out the story of the man whose tidings for more than 2000 years have brought hope and power of life to an incredible number of people.

They will play it from his entry into Jerusalem until his death at the cross and his resurrection.

All this is portrayed against the backdrop of the words from the Gospel of Luke at the end of his description of the tale of suffering: “When all the people who had gathered to witness this sightsaw what took place, they beat their breasts and went away.” Luke 23:48